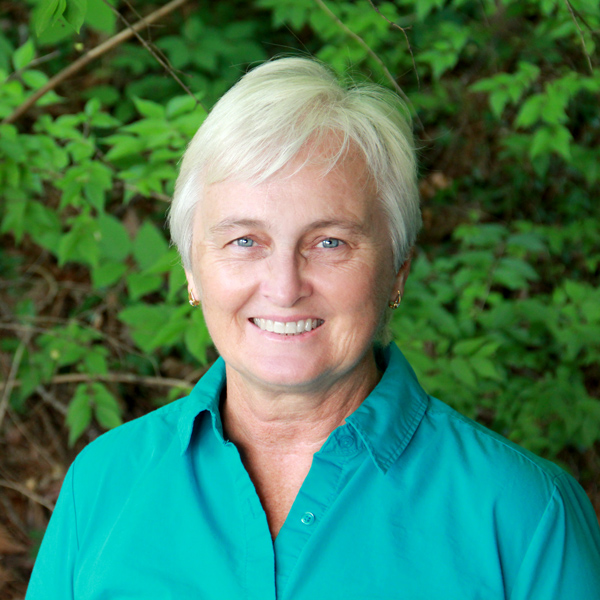 Growing up as the daughter of a US Army soldier, Dr. Debbie has learned to appreciate the unique and diverse world that we live in. Warren Wilson College expanded her awareness of giving back to the community through service projects and the work program. Before graduating from Warren Wilson College, she was blessed to meet and marry her husband, Steve. They have been married over 35 years. Steve received his teaching degree at Warren Wilson College with a history major. He has taught and coached at A. C. Reynolds High School in Asheville for over 25 years.

As the mother of two grown children and a grandmother of five, Dr. Anders knows how special you want your child to be treated. She has additional training in orthodontics, implant restoration, cosmetic dentistry, business management, and mini-implants to secure lower dentures. As a professional she is focused on details relating to gentleness, comfort, honesty, dependability and pride in her work.

Dr. Armistead was born in Scotland and grew up in Waynesville. He moved to the United States when he was six. He now lives in Weaverville with his wife, Sonya and their children, Annabelle and Andrew. He completed his undergraduate degree at Appalachian State University with a major in Chemistry.  After that, he attended Boston University School of Dental Medicine where he received his DMD degree in 2005.

While at Boston University, Dr. Armistead was commissioned as a 2nd Lieutenant in the United States Army after receiving an HPSP scholarship through the US Military.  After graduating, he was commissioned as a Captain upon completion of Officer Basic Training in San Antonio.  He served as a practicing dentist in the Army Dental Corp at Ft. Leonard Wood, MO and Ft. Bragg, NC.

After his army career, Dr. Armistead moved back Western Carolina and has practiced in the private sector for 5 years.  Dr. Armistead specializes in esthetic dentistry, oral surgery, and is licensed in enteral sedation. He is a SMART certified member of the International Academy of Oral Medicine and Toxicology and practices their protocol for safe removal of silver/mercury fillings.

Dr. Armistead enjoys the outdoors, jogging, hiking, swimming, spending time with his family, and has a passion for good music. 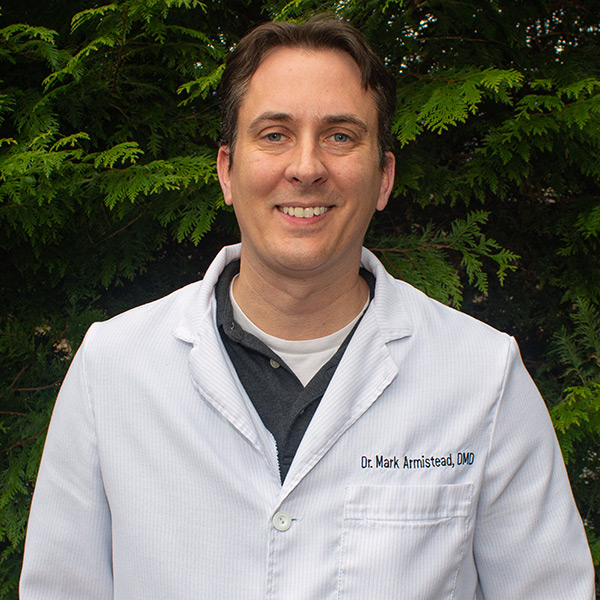 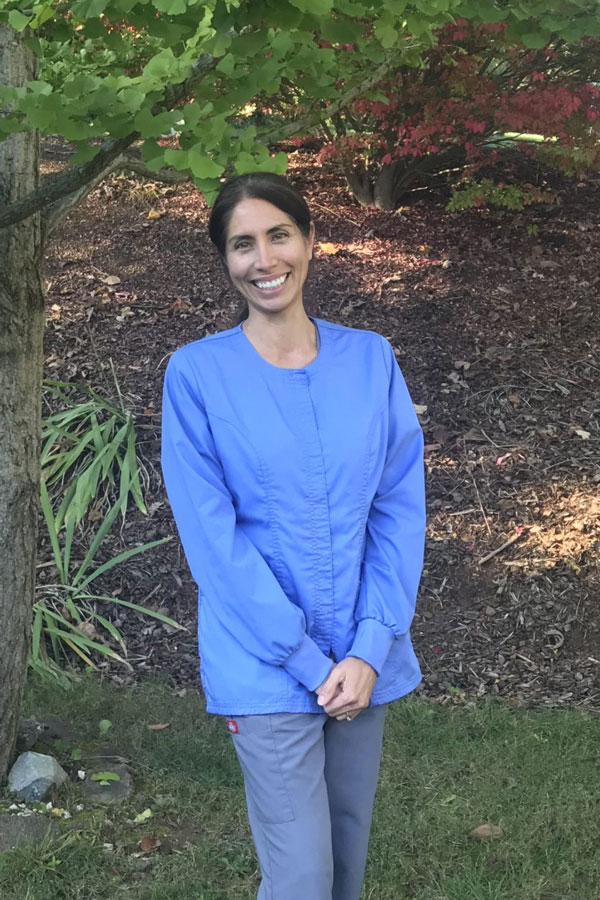 Maricela has been helping keeping smiles white with Dr. Anders since 2021. She has over 20 years of experience as a Dental Hygienist and has her anesthetic license to help patients with pain management during appointments. Maricela thrives in a team environment and is a natural leader in our office.    Her career has included dental assisting and oral health educator, giving her the ability to help our patients reach good oral hygiene health.  She is also fluent in Spanish and committed to helping translate patient information for our Spanish speaking patients.  Maricela is new to the area and enjoys exploring the many hiking trails in WNC with her husband and 2 sons. 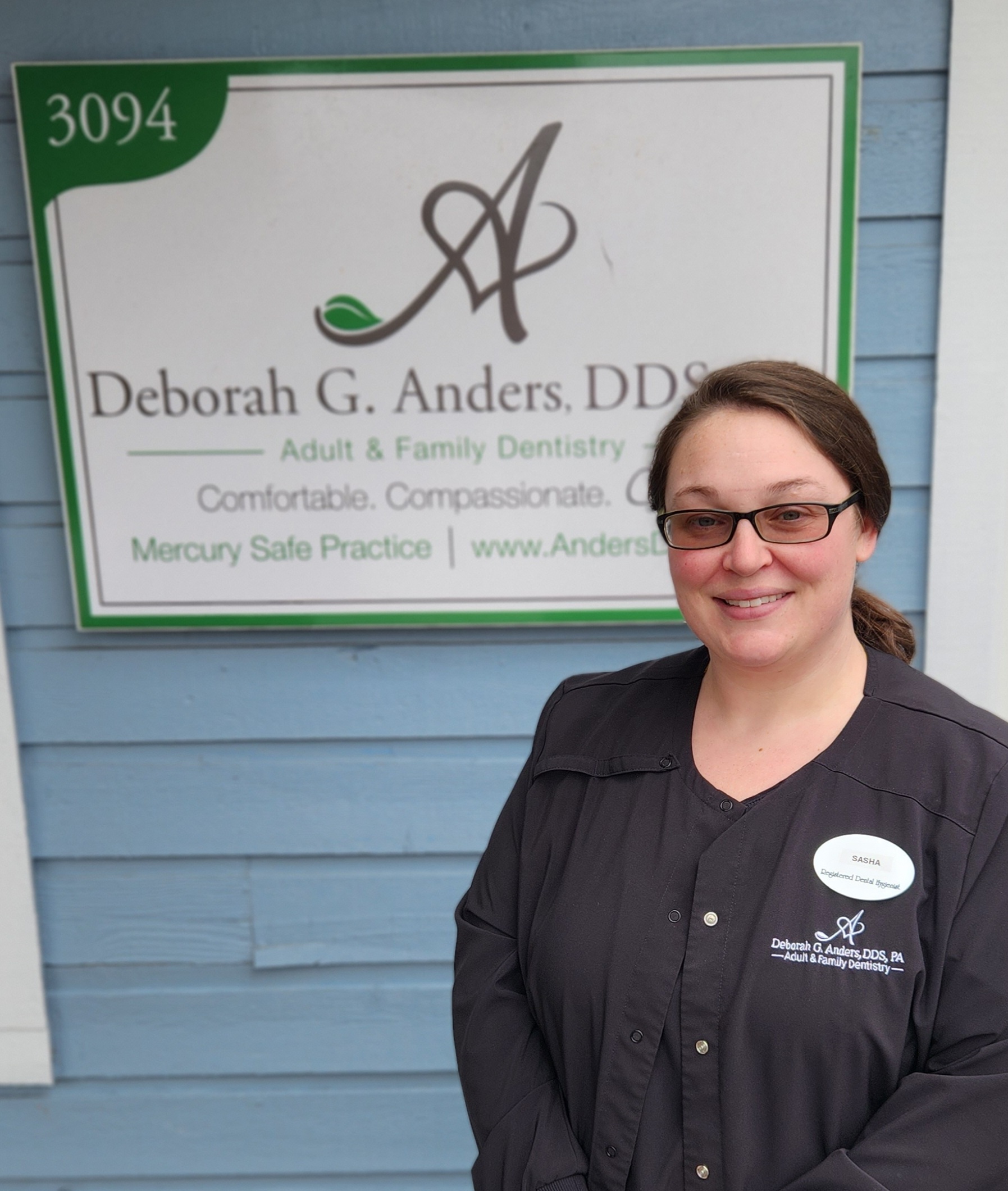 Sasha is from Nebo, NC, where she resides with her husband and three children. She started her dental career in our office as a dental assistant & quickly transitioned into the role of Dental Hygienist and safety coordinator. She obtained her dental hygiene degree and an associate’s degree in pharmacy technology from A-B Tech. She is passionate about dentistry and enjoys helping her patients achieve and maintain good oral health.

In her free time she loves spending time with family and friends, trying new restaurants, thrift store shopping , and traveling. 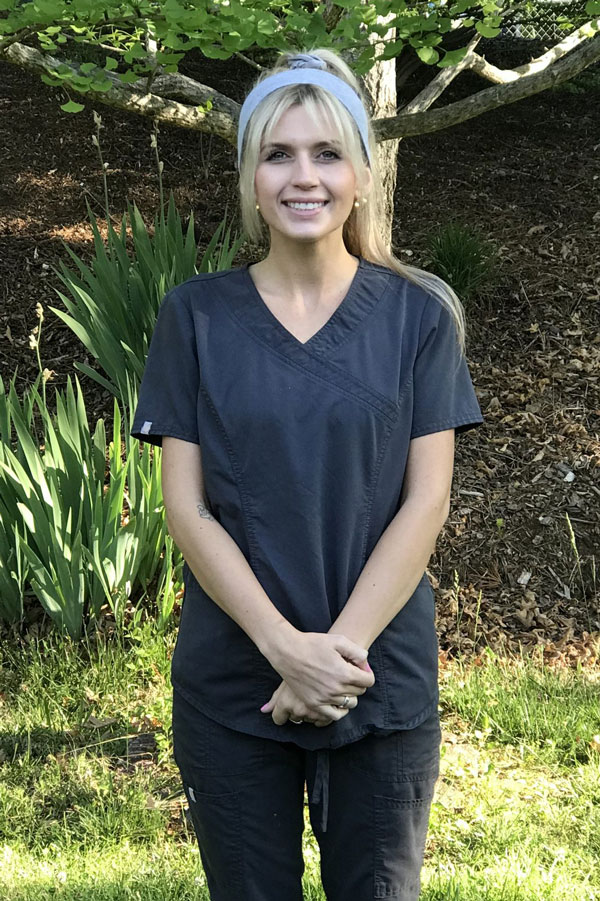 Emerson has been with us since 2020, working as a Dental Assistant while she continues her education to become a General Dentist.  Emerson has excelled at her training as a Dental Assistant and has also cross trained with the Front Desk.  Emerson is always willing to help out a team member and continuously offers a positive attitude to her patients and team members alike.  Emerson also serves as part of our Culture Committee and helps out with video production for the Marketing Team.  When Emerson is not caring for patients or studying you can find her on a hiking trail with her two dogs. 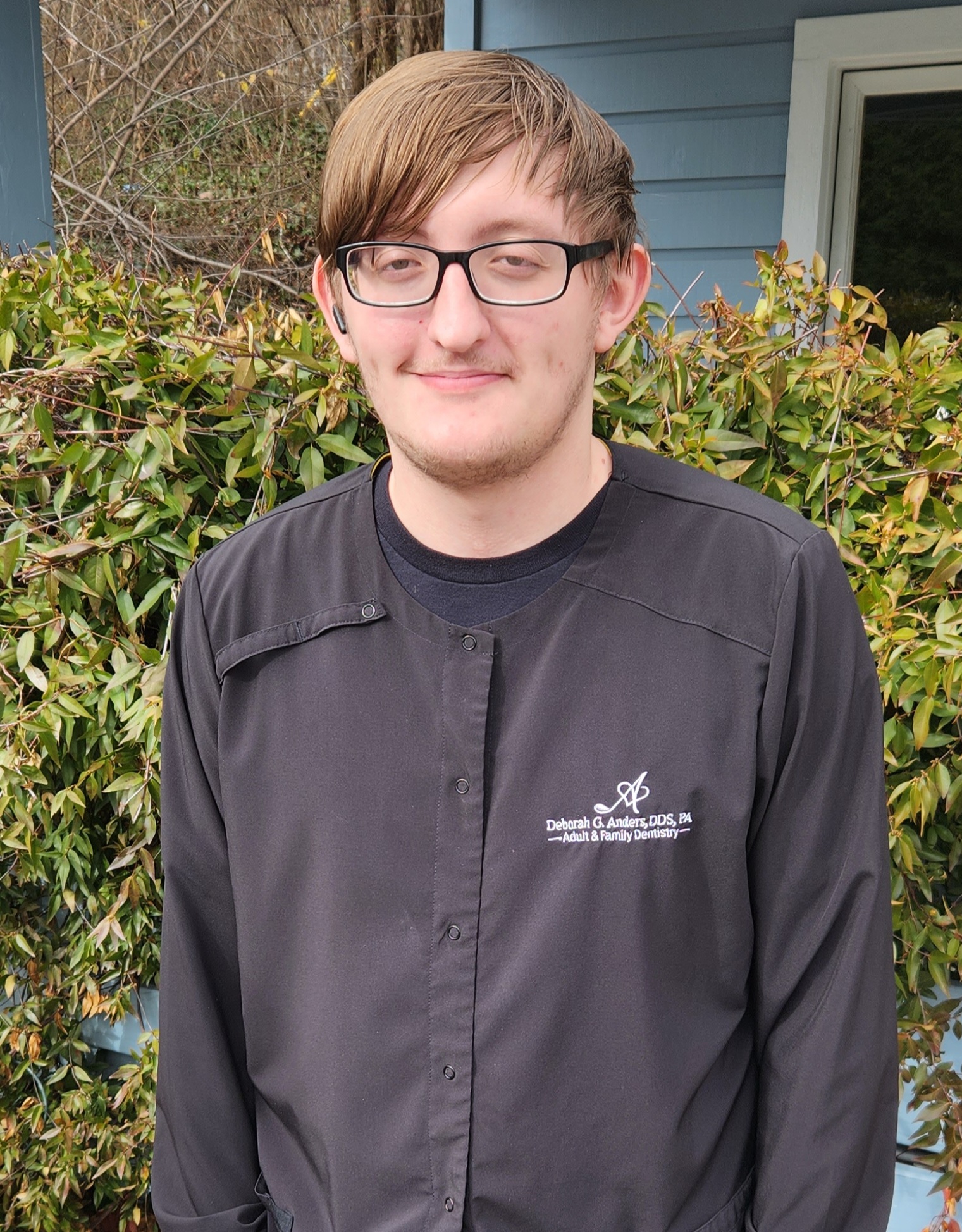 Thomas graduated from A-B Tech and trained there for a year. This included working rotations through multiple offices and learning how to adapt to new practices. After a year of rotations and my graduation, I found this office close to home, and I’m glad that I did! 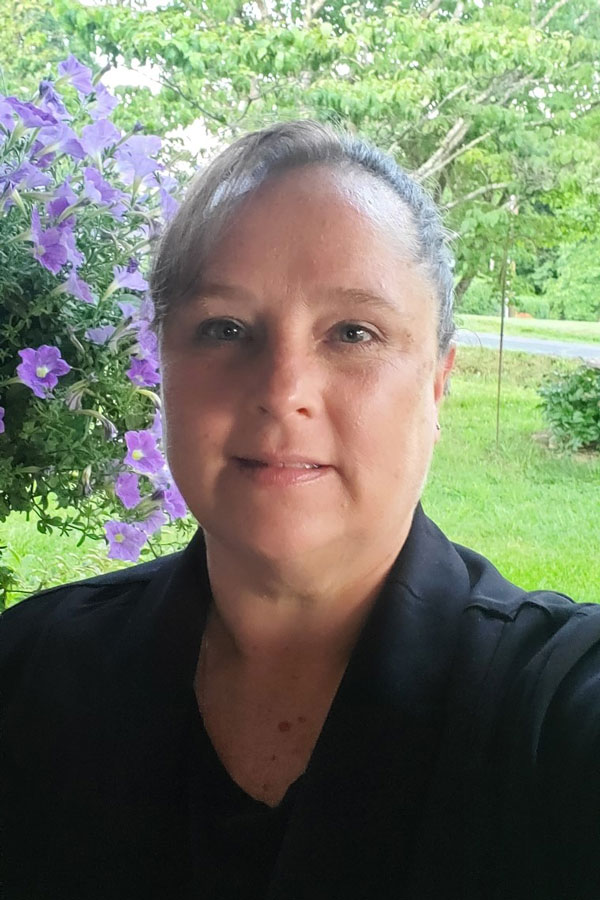 Wendy has been with Dr. Anders for over 22 years. She started as a sterilization tech in 2000 and through hard work, determination and commitment is now our Clinical Team Lead, offering her 20 years of assisting experience with Dr. Anders to our Assistant Team.

Her transition into Front Desk was a natural step, bringing her wealth of knowledge to the Admin side of the office.  Wendy currently serves as Patient Advocate, having the training to help patients from check-in to check out and all the in between—an asset for sure! Thank you Wendy for your 22 years of loyalty! 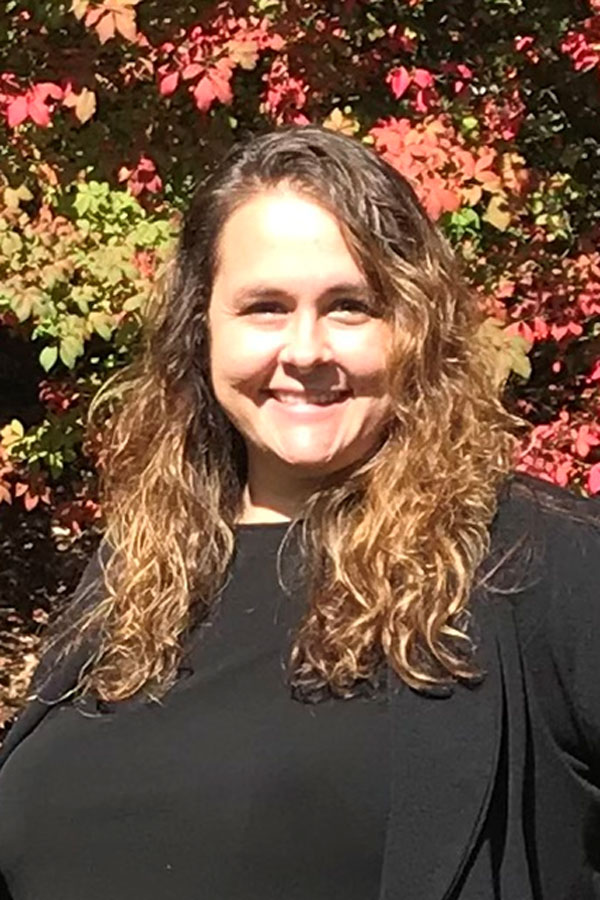 Nicole has been with Dr. Anders since 2021.  Her smiling face will very likely be the first you see when you come to our office.  Nicole strives to ensure the check-in and check-out process is efficient and positive.  She is currently in business management school and we are grateful to have her experience in keeping the front office running efficiently.  Nicole also manages our Patient Appreciation Intiatives as part of the Marketing Team and serves on our Culture Committee. 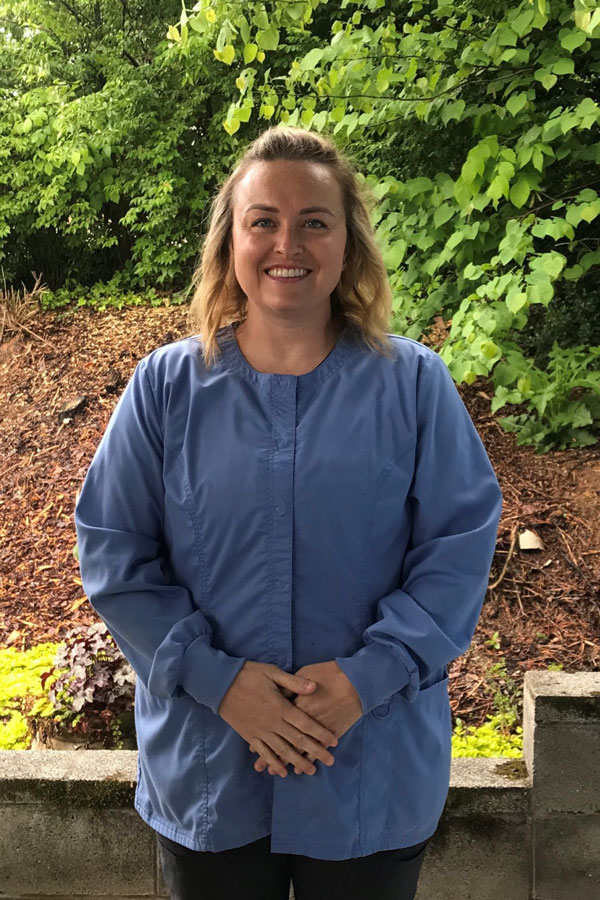 Elise started her dental career in this office as a dental assistant in 2005. While being trained in the office as a dental assistant, she also went for formal dental assisting training at A-B Tech. She graduated from the program in 2007 and earned a Certified Dental Assisting degree. Elise then went on to the Dental Hygiene program at A-B Tech. She graduated as a Registered Dental Hygienist in 2009. Elise has also worked in this office as the financial coordinator. In 2022, she completed the anesthesia course for local anesthetics. She loves this career because we get to build relationships, educate & help our patients become healthier.

I just wanted to say how much my wife and I enjoyed Caroline’s personality. She was such a joy to work with. She made our 3.5 hr drive well worth it. Don’t get me wrong, everyone I encountered in the practice was kind and had good energy, but she really radiated goodness. I am grateful to have met her in my journey. My only detractor is the fact that covid is still a thing and I couldn’t see everyone’s smiles. Thank you so much!

They are always so nice when I go in. They listen to what I have to say. They make me feel extremely comfortable and relaxed. They are the only dentist I will go too!!

My 1st visit today was also somewhat urgent in that I had significant pain that was escalating. I couldn’t have been more fortunate to find your office. It was thorough, efficient, safe, clean and patient friendly. Dr. Armistead and “belle” were awesome. Hats off to Rebecca as well. Having worked in healthcare for decades in hospitals, clinics, and my own private psychotherapy practice allows me a little insight and all I can say is “perfect”. I now have a dental office here in Black Mountain. Thank you!

Fantastic experience as a new patient. They took good care of me, listened, and explained their procedures. I had a filling pop out in the middle of a pandemic and they were cautious, understanding, and pain free.

Love this practice! I’m always treated with care and courtesy; their processes are efficient and designed for comfort & reassurance. Even during this difficult time of taking extra care due to COVID, they made it easy & earned my trust and confidence in their approach. Great job, team – thank you so much!

Great visit and was treated very well. Dr. Anders and her staff made me feel welcome even though it was my first visit. I am glad I they worked me in on such a short notice. Thank you.

Dr. Anders is incredibly professional and supportive. This was the first time a dentist ever spoke with me about the relationship between my dental condition and overall health. This practice is committed to improving quality of life for patients.

I was recommended to Dr. Anders by a retired dentist who had moved to the area. I have not been disappointed. Dr. Anders and her staff are caring, friendly, professional individuals who attend to the details of dental care.

I’ve been the happiest with Dr. Anders dental work than any other DDS I’ve seen in my 64 years. She has been gentle, caring and thorough and made both temporary and permanent crowns that fit well and look good.

Love these women! Best dentist I have EVER been to! Always so friendly! Love the sign Jeremiah 29:11!